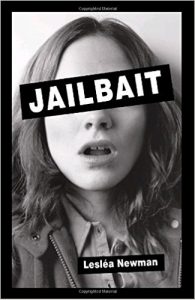 It’s September 7, 1971, the first day of tenth grade for fifteen-year-old Andi Kaplan. Teased by the school bully because of her appearance, and largely ignored by her depressed mother and workaholic father, Andi spends most of her time alone until she meets Frank, a man more than twice her age. Because she is “jailbait,” Frank forbids Andi to tell anyone about their relationship.

As he turns from being loving and attentive to controlling and abusive, Andi finds herself more and more alone. How will she find the strength to save herself before it’s too late?

Greenwood. What a stupid name. First of all, wood is brown, not green, and second of all, who makes up these dumb names, anyway? Like Flatbush, where my grandmother used to live before she moved to Florida. Have you ever seen a flat bush? Me neither.

If they had asked me, I would have called this town Boresville. It’s not even a town really, it’s a suburb with a million boring houses that look just like ours with a kitchen, living room, and dining room downstairs, and three bedrooms upstairs: one for me; one for my Parental Units, Shirley and Fred; and one for my brother Mike, only he’s away at college.

When I was little, I thought college was a place, you know, like New Jersey. Everyone was always saying, “My brother went to college.” “My sister’s in college.” So I figured College was a faraway place they ship you off to when you reach a certain age. Which they sort of do, really, only College isn’t one place, it’s a lot of places like Princeton, Harvard and Yale. Only in Mike’s case it’s SUNY Buffalo and with his grades he’s lucky he even got to go there. It’s his third college because he keeps dropping out and going back, but it’s not like Mike’s brain dead or anything. He just doesn’t care. And neither do I. I mean, everyone knows how useless school is. Take geography for example. Can somebody please give me one good reason why I have to know that the largest state in the country is Alaska? If there ever actually comes a time in my life when I need to know this vital information, I’ll just look it up in the encyclopedia.

Anyway, I don’t worry about my grades much because I don’t even want to go to college. I would never tell Shirley or Fred that. They would just kill me. I still remember the big fight Fred and Mike had the day Mike told the Units he didn’t want to go. All Mike wanted to do was get an apartment with some friends in the city, take a year off and just live a little. You’d think he wanted to shave his head, pierce his nose and join the Jews for Jesus the way Fred blew his stack about it. “I didn’t work my butt off all these years so some lousy kid of mine would wind up living on the street selling used books in front of Cooper Union,” he yelled so loud his glasses steamed up and his face turned red. I don’t see what the big deal is. Shirley never even went to college. She married Fred right after she graduated from high school and then worked in a stationery store—now there’s an exciting career—while college and med school and then become a dentist. Then she had Mike and then she had me and then when I was two, we all moved out of New York to Greenwood to live happily ever after. Yeah, right. I can’t wait until I’m old enough to get out of here. I want to move to a really hip city like San Francisco and live in a totally cool apartment with a bunch of friends who are all writers and musicians and artists and stuff, and we’ll all be really famous, only I’m not good at anything so I have no idea what I’ll be famous for yet.

In the meantime though, I’m stuck here in Boresville. For three more years. Fred and Shirley won’t even let me go into the city and walk around Greenwich Village by myself even though it’s only an hour and twenty minutes away on the train. They used to say, “When you’re sixteen,” and now that I’m almost sixteen, they say, “When you’re seventeen.” Fred and Shirley moved us out to Long Island—at least the name makes sense, it is a long island—both grew up in New York City, which they think is the most disgusting, dirty, dangerous place on the planet, as opposed to the suburbs which are so serene, sanitary and safe. Ha. If they only knew.

So this is how it started: It’s September 7th, 1971, the first day of tenth grade and I’m walking home after school because I hate taking the bus. No, cancel that. I refuse to take the bus because something always happens on it that makes me look like an idiot. Either Donald Caruso, this junior who just lives to make my life miserable will stick his big ugly foot out in the aisle to trip me and then laugh his head off like that’s the funniest thing in the world, or Hillary Jacoby, who is so desperate to be popular she picks on the lowest of the low (me) will accidentally-on-purpose smush a wad of Bazooka bubble gum into my hair and then looks around to see if anyone is impressed with how clever she is. But that’s just kid stuff compared to what happened on a certain day last spring when I was woke up late and almost missed the bus. The bus driver saw me running through his rearview mirror and slammed on his brakes so I could catch up. Now, I’m not a person who runs very often and I guess things were flapping in the breeze because as soon as I climbed on board before I even had a chance to catch my breath, the whole bus burst into song:

I crossed my arms over my more than ample chest, turned around and pushed against the door until the bus driver opened it. Then I ran off the bus and I swore from that day on, even if it was raining or snowing or bright purple UFO’s were falling from the sky, I would never set foot on a school bus again.

So like I said, I’m walking down Farm Hill Road with my army-green knapsack on my back, just minding my own business when this car goes by. Usually I don’t notice cars, I mean a car is a car is a car as far as I’m concerned, unlike Fred, who thinks cars are so important he has to trade in his Caddie every year for a more up-to-date model even though I can never tell the difference.

But this car is really, well, cute, which is a funny way to describe a car, but it is. It’s a brown Volkswagen Bug and you don’t see too many of those around driving Suffolk County—also known as Suffocation County. The only other one I’ve ever seen was an orange VW hippie van that belonged to Kevin, this friend of Mike’s. Kevin came to pick Mike up one day, and Fred took one look out the window and started screaming, “No kid of mine is getting into a car made by those lousy Krauts,” and then Mike screamed back, “Simmer, Freddie-boy, I wasn’t even born yet,” meaning World War II and everything, and then Fred screamed even louder, “Don’t get fresh with me, Michael Kaplan. You’ll get into that car over my dead body,” which made me think, that could be arranged, Daddio, but not really of course.

So anyway, Kevin drove off, and two seconds later Mike said he was going for a walk, and you’d have to be a total retard not to figure out that he was meeting Kevin on the corner. Anyway, the point is, since we’re Jewish and my father grew up during the Holocaust, he is absolutely psycho about the Germans and World War II, he really is. He says Volkswagens are the perfect German car because the motor’s in the back so if you get into a head-on collision, the S.O.B’s can just haul your body out of the car and still use the engine. Fred is so anti-German he won’t even let us eat sauerkraut on our hot dogs and I’m not even kidding.

So of course I notice the little brown Volkswagen. It looks like a cartoon almost, like a little Hershey’s Kiss scooting around in the sun. It’s funny when you think about it, but I had no idea then how that little car was going to change my life forever…

You are here: Lesléa Newman > Books for Adults > Novels > Jailbait